failures before we observe the first success in a series of independent Bernoulli Trials, each with success probability

. The Probability Mass Function is given as

is the probability of success and

is the number of failures before the first success. Notice that k is allowed to be zero.

means that you do not have to observe any failures before the first success, i.e. the first observation is a success. You may also see the Probability Mass Function defined as

is not allowed to be zero. Consequently

means that you have to use 1 try to get the first success in this definition. Which definition you use is a matter of preference. I prefer the first one, since to me it makes most sense intuitively. Furthermore the SAS PDF Function interprets the Geometric Distribution this way.

. You can download the code to create these plots here.

successes in a series of independent Bernoulli trials. Therefore, the Geometric Distribution is a special case of the Negative Binomial Distribution with 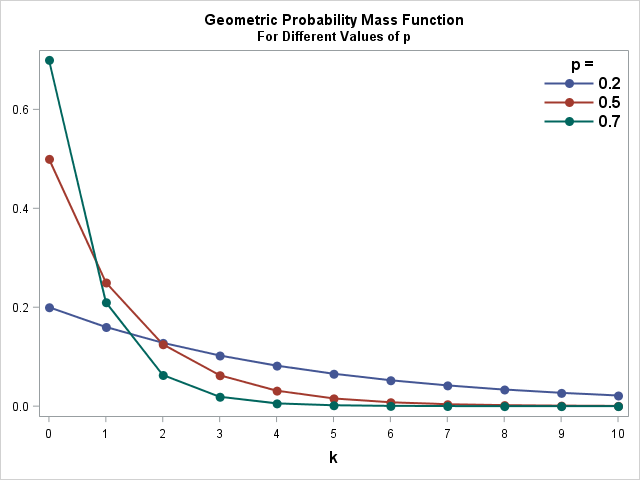 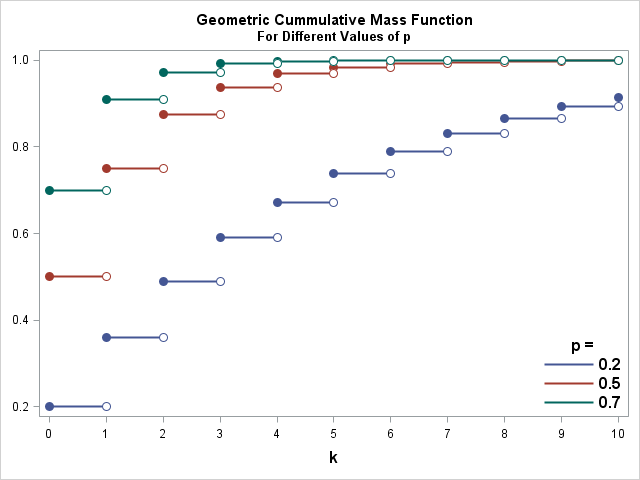 Finally, I have written a small SAS program, that lets you set different values of success probability

and plot the corresponding Probability Mass Function for the Geometric distribution. I encourage you to play around with this parameter. What happens when

is very high? Or very low?