The normal is the most common probability distribution. It is a continuous distribution and widely used in statistics and many other related fields. Therefore, it is a good idea to know the normal well. First, I will give a brief introduction. Then, I will show some code examples of the normal in SAS. The Probability Density Function is given as

is the mean and

is the variance and squared standard deviation. A random variable

. We write this as

. The blue line is called the Standard Normal or Standard Gaussian with

. You can see that increasing

makes the distribution flatter, and decreasing

makes it steeper around the mean

, which is the highest point on the density curve. You can download the entire program creating these plots here. 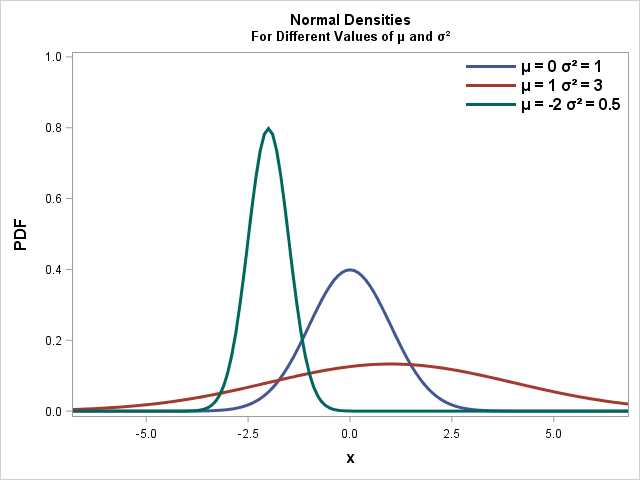 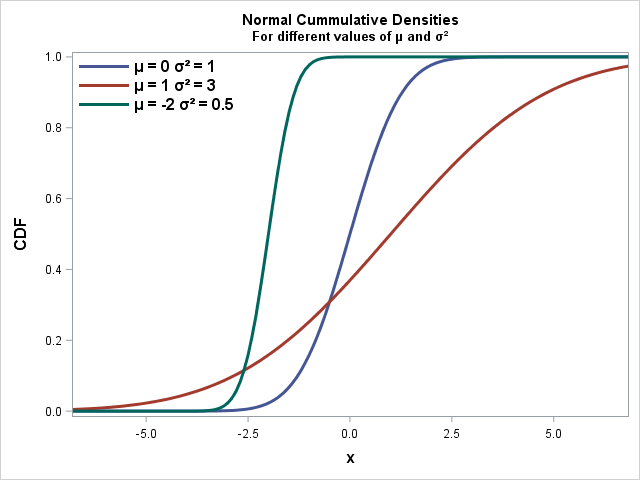 It is important to have a basic understanding of the normal distribution. Also, you should know how the shape changes with its parameters. Below, I write SAS code example for you to play around with. Insert it into your SAS editor and change the three values defined at the top of the code.

Finally check out the blog post Fit Normal, Weibull and Lognormal Distribution to see how to fit the normal in SAS. For related distributions, see the Chi-Square.